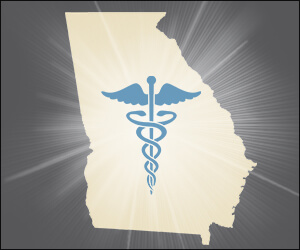 Charity Helps Ensure Healthcare for Those in Need

When you earn too much to receive Medicaid but too little to afford private health insurance, you’re caught between a rock and the emergency room.

It’s a dilemma detailed in journalist Mike King’s book A Spirit of Charity about the fractured funding of America’s public hospitals and clinics, a problem that also results in a lack of home health services for people without insurance.

King was interviewed by Cindy Zeldin, Executive Director of Georgians for a Healthy Future, which is an organization that partners with advocates and community leaders to achieve a healthy future for all Georgians. In the interview, King stated that four of the five hospitals he chose to profile are in the South, because the region’s funding of public health services is the worst in the U.S.

King added that Georgia, Florida and Texas lead the nation in uninsured residents and that this is due to an unwillingness to expand Medicaid to people who can’t afford health insurance.

Without the ability to set regular medical appointments or receive care at home, individuals and families without insurance seek treatment in emergency rooms when health problems escalate, placing additional financial strain on already burdened healthcare systems and the communities they serve.

King’s book particularly focuses on Atlanta’s Grady Hospital, which he says should be acknowledged as a statewide medical center, because it is “the training ground for one in every four doctors practicing in Georgia” and treats patients from nearly every county in the state. King suggests that Grady could have received more backing from the state if it had been affiliated with a state medical school instead of private medical schools like Morehouse College and Emory.

King wonders that perhaps then Grady Hospital would have the attention and support it needs to receive more funding for specialty services—trauma care, burn care, infectious diseases, etc. In the interview, King noted that Grady Hospital would benefit from Medicaid expanding their coverage because it would allow them to recover some of their cost from uninsured patients.

According to the Urban Institute of the Robert Wood Johnson Foundation, as of 2016, Georgia is one of 24 states that have chosen not to expand eligibility for their Medicaid programs as called for in the Affordable Care Act (ACA).

However, in the Urban Institute’s report, it projected that states agreeing to expand Medicaid limits would receive $13.41 in additional funding for every dollar they invest in expansion.

The Urban Institute noted that the 10-year total cost for expansion in Georgia would cost the state a bit more than $2.5 billion, but would cause it to gain $33.7 billion in federal Medicaid funding.

Even with the increase in federal Medicaid funding, it does not accurately reflect the overall impact of Medicaid expansion on the state’s budget. Per the McCatchy Data from the Urban Institute suggests the states that reject the ACA and did not expand Medicaid could pay $152 billion in taxes by 2022.

In late August 2016, a Georgia Chamber of Commerce task force presented to state legislators with a proposal suggesting a choice of three different plans for Medicaid expansion.

The Atlanta Journal-Constitution reported that Republican support is growing for “accepting tens of billions in federal money to expand coverage to more than 600,000 low-income residents and shore up the struggling network of rural hospitals.”

It would also aid nonprofit organizations such as Visiting Nurse Health System. Visiting Nurse currently relies on charitable donations to cover the nearly $4 million gap each year to care for the uninsured and impoverished residents of Atlanta and its 26 surrounding counties who need home and hospice care. Expanding financial support like Medicaid could help Visiting Nurse care for more patients by supplementing charitable funds raised to support our community’s home healthcare needs. As we enter a new period of uncertainty about the future state of healthcare in this country, Visiting Nurse will press forward to ensure it maintains its role as community safety net for those in need of home and hospice care regardless of ability to pay.