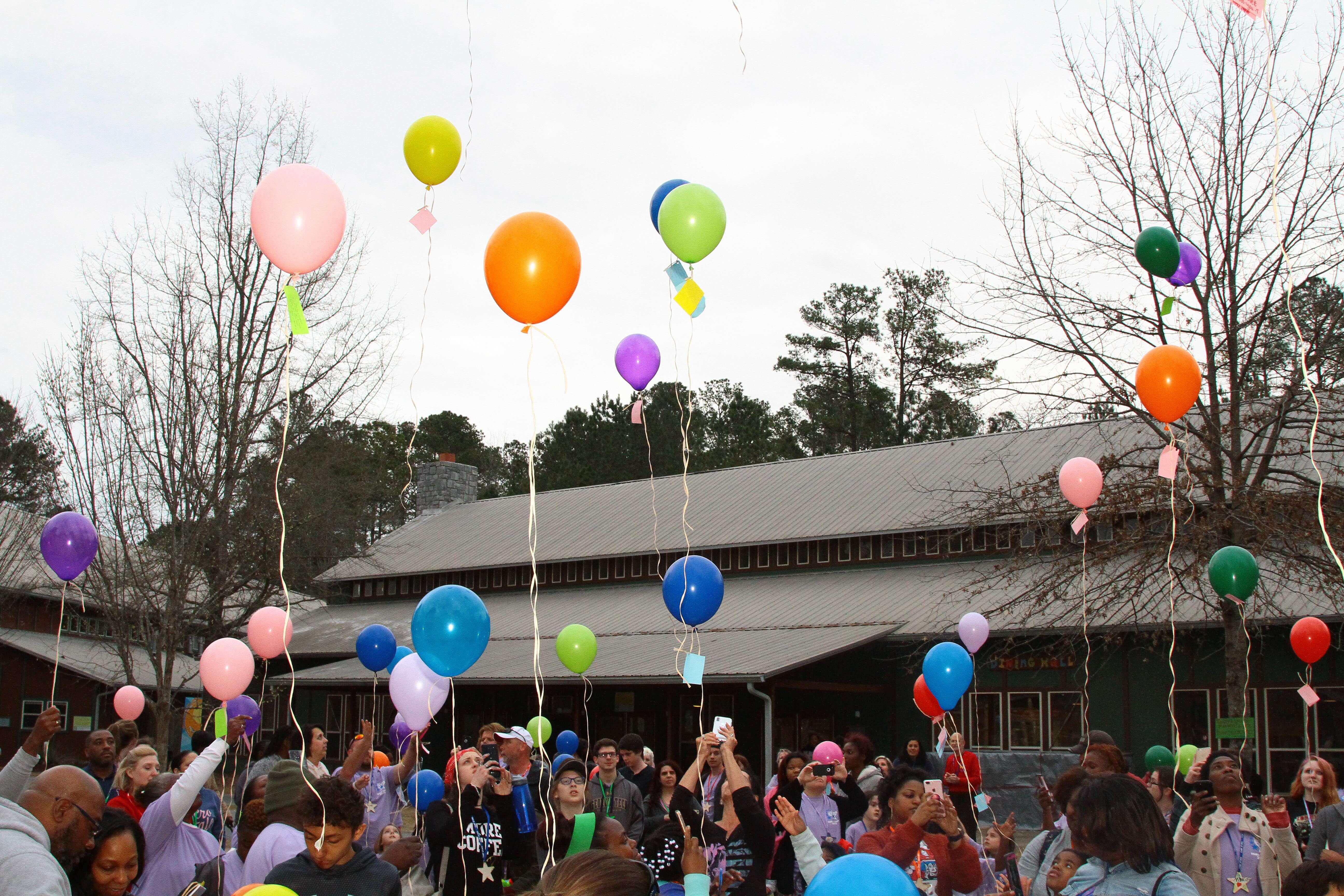 National Volunteer Week, a week of volunteer appreciation, is April 15-21, 2018. While we’re appreciative of our volunteers each and every day, it is a nice time to give them a special spotlight. One of our volunteers, Dana P. Joffe, wrote a lovely story about volunteering with Hospice Atlanta’s Camp STARS, a family bereavement camp. Thank you Dana for all you do.

I am no stranger to the death of a parent, as my beautiful mother passed away at 39 (when I was 18). In 2016, my precious Daddy spent the last three weeks of his life at Hospice Atlanta Center. Those weeks were such a gift — the staff helped him “finish well” with dignity, lots of laughter and a feeling of blissful peace. I knew I would end up volunteering for this big-hearted, compassionate organization one day.

Six months later, I contacted Hospice Atlanta about becoming a volunteer. Although delighted by my interest, the organization has a strict policy for prospective volunteers going through their own loss. One year must pass before Hospice Atlanta will open their sweet arms to welcome them. Though disappointed at the time, I understood and was later thankful they stood firm on that policy — it had indeed been too early for me.

Once eligible to become a volunteer, I began spending time at the Center and I was especially intrigued about their Camp STARS bereavement camp. Held biannually at Camp Twin Lakes, the weekend experience provides a non-threatening environment for family members to share with others who are going through grief and loss. The weekend offers opportunities for healthy grieving, connecting with new friends and maybe even deepening connections with family members. As usual, there are also fun activities to explore.

The next camp weekend was scheduled for November of 2017. Some of my friends expressed concern with such comments as, “Dana, for the entire weekend you will be surrounded by death and grief. Don’t you think it’s going to be too depressing?” I signed up anyway, and after the weekend I knew I had experienced a remarkable, life-changing event.

Friday afternoon was hectic, as everyone began arriving at Camp Twin Lakes. As an “Ambassador,” I accompanied some of the guests to their assigned cabins. About 30 families participated; some were represented by one person, while others included parents, siblings, grandparents, nieces, nephews, etc. Of the approximately 200 people present, 55 of us were volunteers. After a pizza dinner, we played get-to-know-you games, made s’mores and heard introductions from each family. It was smart planning that lights out was at 10:30 p.m., since Saturday was going to be jam-packed with activities.

Breakout Sessions and Fun
After Saturday breakfast, participants split up into breakout sessions based on child age and type of loss. Facilitators assigned to the very young children played creative games and worked on art projects that addressed their losses in a protective, gentle setting. Interspersed between the serious group sessions was a variety of such fun activities as fishing, boating, wall climbing, basketball, tennis, putt-putt and more.

I had the honor of leading a yoga class (psst — it was my first time teaching!). I loved it and was very pleased to hear how relaxed some of the participants felt afterward. During class, a 9-year-old girl asked if she was doing a particular position correctly. I smiled as I saw her folded up like a pretzel, demonstrating more flexibility than Gumby.

On Saturday night, we watched a delightful presentation by a comic juggler who also works as a hospital clown. I admired his approach for incorporating light stories about grieving while simultaneously performing incredible juggling feats. 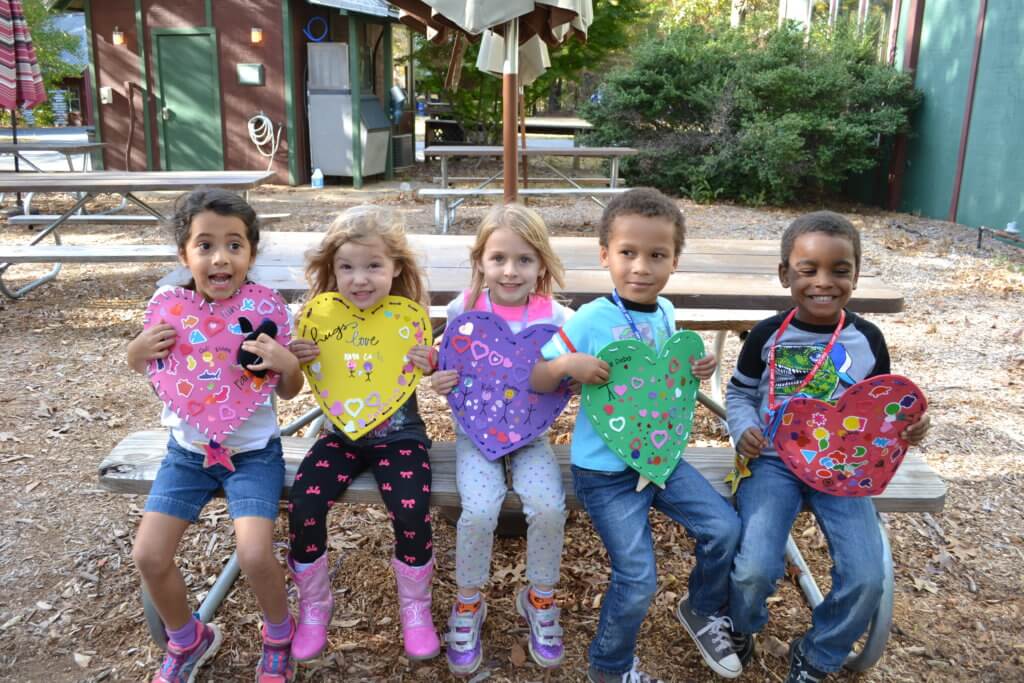 After an early breakfast on Sunday, everyone congregated inside the gymnasium. Benches were set up in a circle. At the center of the room was a table with large dishes holding various colors of sand, along with plastic scoops for pouring. One at a time, each family was called up to the table, scooped up the colorful sand and poured it into a tall, circular vase. A representative of the family talked about the person they were mourning. Some comments were gut-wrenching, while others were funny or inspirational. The glass continued to fill up, forming a beautiful, multi-layered effect.

The service was very powerful and cathartic. Later, I asked the chaplain, Rev. James Hicks, who led the memorial to describe what a sand ceremony represents. He explained: “The sand ritual of pouring into the vase was symbolic of filling something empty with something beautiful. Often persons that are grieving feel empty inside after a death. Filling the emptiness with the sand is participatory on the bereaved part, symbolizing a healing process. Also, doing this ritual during a ceremony shows that we are not alone in our grief.”

Balloon Remembrance
At the conclusion of the sand ceremony, everyone was encouraged to take a balloon from the back of the room and attach a written message. We gathered outside by the flagpole and at the count of three let go of the balloons. Tears flowed from my eyes as I watched them fly away, staying grouped together and then disappearing from sight. It really seemed like the balloons were floating toward heaven, on their way to deliver our private messages. It was a heart-stirring moment, knowing some people were gaining closure or maybe even feeling as if they “released” their loved one into the next life. And yes — I asked — the balloons and materials used were biodegradable.

Bonds and Connections
Volunteers often make special connections with the families, and one in particular tugged at my heart. A man had lost his 41-year-old wife and was adamant that his teenage daughters use the available resources to help manage their own grief. When I was a teenager in the 1970s, there were few support outlets available to help me cope with my own sorrow. I reinforced to this father how wonderful it was that he made it a priority for his daughters to utilize some of the helpful options.

It was endearing to watch people bond with each other. Children were seen holding hands with kids from other families. Sulking teenagers who had resented “being dragged off to this place,” could be seen smiling by Sunday.

The weekend was invigorating, spiritual, therapeutic, rewarding and so much more. I have already signed up to volunteer again. Please excuse me now, I have to go work on some new yoga poses to teach.